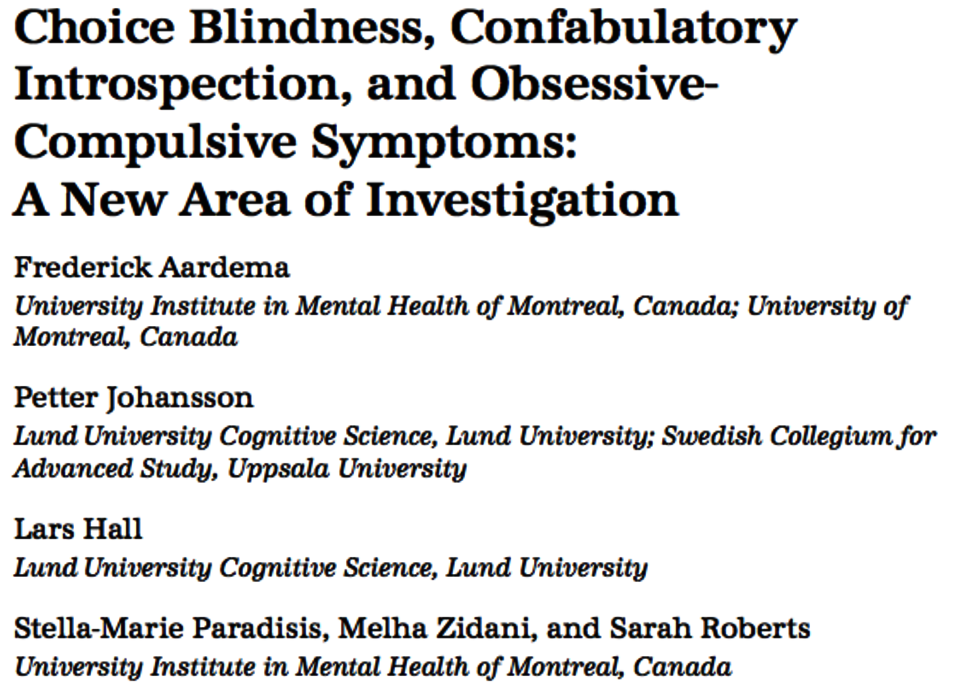 The current study is the first to investigate confabulatory introspection in relation to clinical psychological symptoms utilizing the Choice Blindness Paradigm (CBP). It was hypothesized that those with obsessive-compulsive symptoms are more like- ly to confabulate mental states. To test this hypothesis, an experimental choice blindness task was administered in two nonclinical samples (n = 47; n = 76). Re- sults showed that a confabulatory introspection is significantly related to obsessive- compulsive symptoms. There was evidence for its specificity to symptoms of OCD depending on the obsessional theme addressed in the choice blindness task. How- ever, confabulatory introspection was also found to be relevant to other symptoms, including depression and schizotypy. The results highlight a potentially fruitful new area of clinical investigation in the area of insight and self-knowledge, not limited to OCD alone, but potentially other disorders as well.