LUCS at the International Conference on Music Perception and Cognition 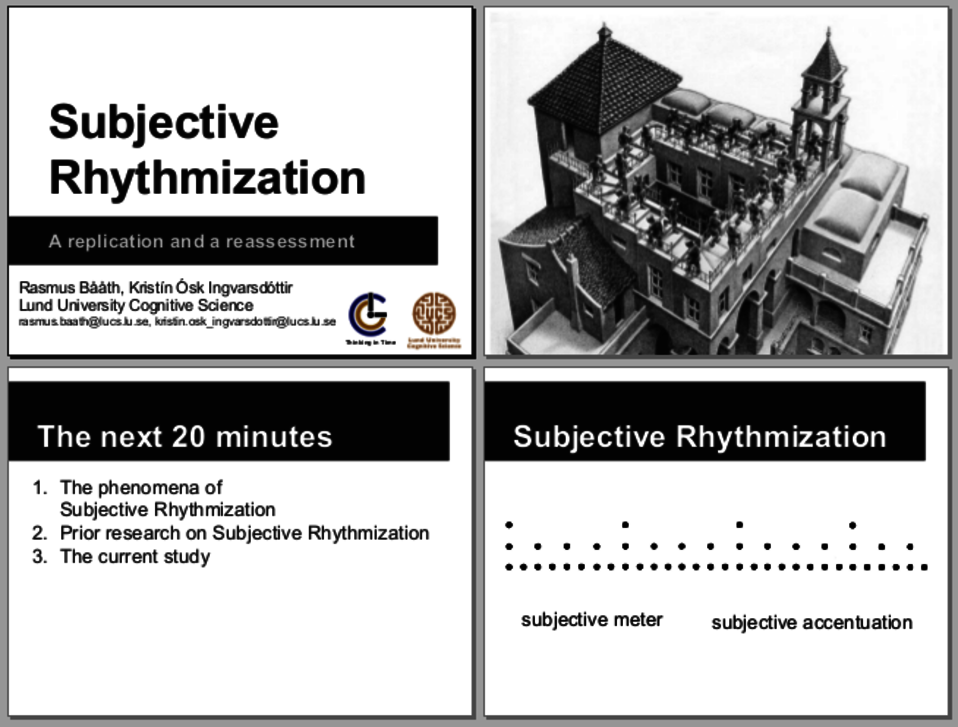 LUCS was represented at the 14th International Conference on Music Perception and Cognition where Rasmus Bååth presented his work on an auditory illusion called subjective rhythmization. The slides from that presentation and the conference paper can be found on his blog . Abstract Subjective rhythmization (SR) is the phenomena that the sounds of a monotone metronome sequence are experienced as having different intensity and that these differences follow a regular pattern. The present study aimed to replicate and extend the two studies that have employed the original SR experimental paradigm (Bolton, 1984; Vos, 1973). The extensions included using a wider range of tempi and a large number of participants. The result of the current study was in accordance these two earlier studies. In addition to the original SR task, a novel task was administered where the participants were not explicitly told about the existence of the phenomena. The responses of the participants were in agreement with that subjective rhythmization was experienced. The result indicates that SR is a robust phenomena that can be experience even without it being primed by verbal instructions. pdf of full paperhttp://sumsar.net/blog/2014/08/subjective-rhythmization-at-icmpc-2014-in-seoul/