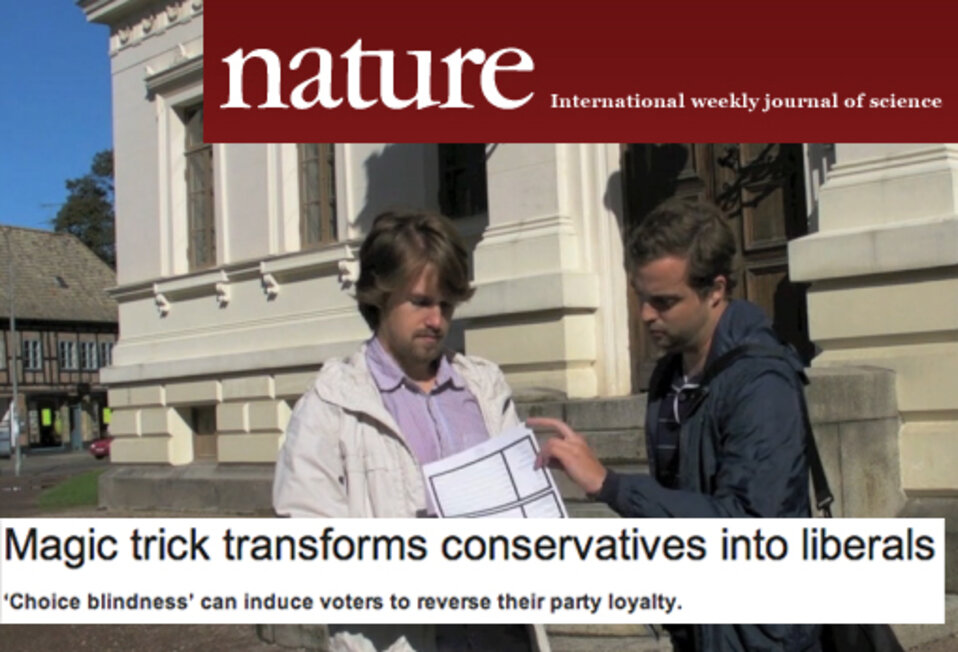 Read the news article about our latest choice blindness finding in Nature News.

"When US presidential candidate Mitt Romney said last year that he was not even going to try to reach 47% of the US electorate, and that he would focus on the 5–10% thought to be floating voters, he was articulating a commonly held opinion: that most voters are locked in to their ideological party loyalty. But Lars Hall, a cognitive scientist at Lund University in Sweden, knew better. “His calculation, only zeroing in on 10% of voters, is a risky proposition,” he says. When Hall and his colleagues tested the rigidity of people’s political attitudes and voting intentions during Sweden’s 2010 general election, they discovered that loyalty was malleable: nearly half of all voters were open to changing their minds. The team's work is published today in PLoS ONE1."